Sivu 253
Much less the Scripture ; for suppose debate 1090 Betwixt pretenders to a fair
estate , Bequeath ' d by some legator ' s last intent ; ( Such is our dying Savior ' s
testament : ) The will is prov ' d , is open ' d , and is read ; The doubtful heirs their
...
Sivu 479
impossible that the greater part of time should be comprehended in the less , that
twenty - four hours should be crowded into three : but there is no necessity of that
supposition . For as Place , so Time relating to a play , is either imaginary or ...
Sivu 522
little less tharther of opin this tra should arise , and say , I varied from my author ,
because I understood him not . But there are other judges who think I ought not to
have translated Chaucer into English , out of a quite contrary notion : they ... 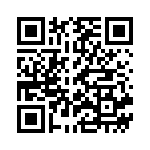