The Grove encyclopedia of decorative arts

This two-volume encyclopedia, which covers all aspects of the decorative arts from ancient times to the present day and throughout Western and non-Western cultures, is the first in a series of print ... Lue koko arvostelu 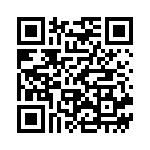