A book of essays about our relationship to food, in Western culture. Visser was a classical scholar, and thus extrapolated ideas about common behaviours, and what things like the foods assembled for a ... Lue koko arvostelu

When Visser wrote this book, it was one of the very first ‘food history’ books, spawning a new genre. It’s a very well researched book, and goes into great detail. Vissar’s format is to detail the ... Lue koko arvostelu

Margaret Visser writes on the history, anthropology, and mythology of everyday life. Her most recent book is The Gift of Thanks. Her previous works, Much Depends on Dinner, The Rituals of Dinner, The Way We Are, and The Geometry of Love, have all been bestsellers and have won major international awards, including the 1989 Glenfiddich Award for Food Book of the Year in Britain and the International Association of Culinary Professionals’ Literary Food Writing Award and Jane Grigson Award. In 2002, Visser gave the Massey Lectures on CBC Radio, subsequently published as the bestselling book Beyond Fate.

Visser’s works have been translated into French, German, Dutch, Chinese, Italian, and Portuguese. She appears frequently on radio and television and has lectured extensively in Canada, the United States, Europe, and Australia. She divides her time between Toronto, Paris, and southwest France. 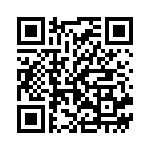