Barbara Newman is Professor of English and Religion at Northwestern University and author of From Virile Woman to WomanChrist, also available from the University of Pennsylvania Press. 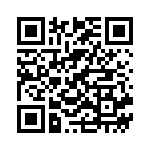