The author, William T. Kump, was born February 11, 1937, in Elkins, W.Va., into a family with a history of strong church-attending lawyers, teachers, politicians and business men. Graduated from Virginia Military Institute, West Virginia University law school, J.D., and Union Seminary, Richmond, Va., M.Div. Married to Agnes from June 1961 to present. Two grown progeny, one an orthopeadic surgeon and one an ex-pharmaceutical sales housewife. Admitted to W.Va., Va., D.C. and Calif. law bars. Have practiced law since 1961. Have pastored a church since 1994. Forty years of law practice, coupled with ten years of weekly sermons, have both focused on taking stories filled with precise details and condensing them into easily understood short stories. Judges and congregations both like to understand readily and completely the matter at hand. This book was increasingly considered for ten years then written over a five year period. The chapters were written, twice, as thirty-minute sermons with the thought of going to print. Author has translated much of the Old Testament from the Hebrew and most of the New Testament from the Greek. 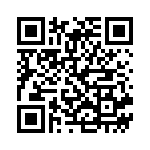