Sivu 29
And the shooters shot at thy servants from off the wall ; and some of the king's servants be dead , and thy servant Uriah the Hittite is dead also . Then David said unto the messenger , Thus shalt thou say unto Joab , Let not this thing ...
Sivu 159
1 The wall was built in the face of opposition from the neighbouring tribes . ... the dragon's well , and to the dung gate , and viewed the walls of Jerusalem , which were broken down , and the gates thereof were consumed with fire .
Sivu 160
But it came to pass that , when Sanballat heard that we builded the wall , he was wroth , and took great indignation , and mocked the Jews . And he spake before his brethren and the army of Samaria , and said , What do these feeble Jews ... 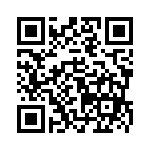