Roger Ebert is the Pulitzer Prize-winning film critic of the Chicago Sun-Times and cohost of the national TV program Ebert & Roeper. His reviews are syndicated to some 200 newspapers in the United States and Canada. His Web site has named the best Internet movie review site by the Online Film Critics Society. 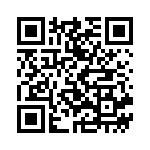