J. H. WAGGONER (1820-1889) was a publisher in a small town in Wisconsin when he accepted the Advent message. Two years later, in 1854, he became a minister. In 1875 he went to California with Elder and Mrss White. He joined in evangelism with Elders J. N. Loughborough and D. M. Canright, and became the editor of the "Signs of the Times," a position which he held until 1887, when he went to Basel, Switzerland, to engage in publishing. He died there two years later. He was the first editor of the Adventist religious liberty journal, "The American Sentinel," begun in 1886. In addition to his ariticles to his articles for the "Signs" and other papers, Elder Waggoner wrote pamphlets on spiritism, the age-to-come, and the atonement. He expanded the last of these to a 400-page book. "From Eden to Eden" was completed just before his death. 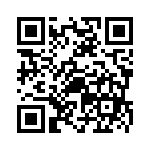