Sivu 128
i William Clito ' s claim was through his grandmother , Matilda , daughter of
Baldwin V and wife of William the Conqueror . Henry I of England also put
forward a claim on the ground of his descent from Matilda . 2 It was , however ,
used with ...
Sivu 269
With his wife , too , he succeeded to a claim on the much coveted earldom of
Northumberland , for her grandfather was Siward , the last of the great
Northumbrian earls . It was in furtherance of this claim more than anything else
that involved ...
Sivu 296
It took the form of claiming for St . Davids the position of a metropolitan see ,
cutting it adrift from Canterbury . The claim , entirely groundless , was quashed
when the matter was argued at length between Archbishop Theobald and Bishop
... 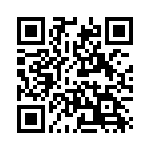