This is a collection of scholarly essays describing the past and present impact of religion on national identity in four nations: India, Japan, Britain and the Netherlands. Lue koko arvostelu 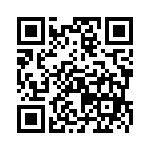