Vladimir Gel'man is a Professor at the Department of Political Science and Sociology, European University at St.Petersburg, and Finland Distinguished Professor at the Aleksanteri Institute, University of Helsinki. He is an author and editor of more than twenty books in Russian and in English, including The Politics of Sub-National Authoritarianism in Russia (Ashgate, 2010), ). He was also a visiting professor at the University of Texas at Austin, the Central European University, Budapest, and the New Economic School, Moscow, and published numerous book chapters and journal articles in Europe-Asia Studies, Post-Soviet Affairs, International Political Science Review, Democratization and others. 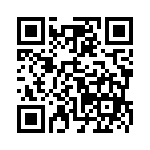