Edward P. Stringham is professor of economics at San Jose State University and a research fellow at The Independent Institute. A member of the Executive Committee of the Society for the Development of Austrian Economics, he is the editor of Anarchy, State, and Public Choice. 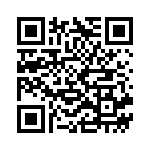