Eula Youngblood is a Licensed Vocational Nurse and holds a degree inBusiness, and Mechanical Engineering. She has completed numerous management courses and taught ESL, and Literacy classes for many years after retiring.While employed for 25 years in Quality Assurance Management, she developed an Inspection Training Manual that was used in Trade Schools, and Junior Colleges to teach students the skills of inspection. She also designed a transformer tester, using Solid State Loads that allowed transformers to be tested in eight minutes; a test that previously took over one hour.During these years, Eula became involved in studying teleplay writing and was the 1975 Honorable Mention recipient in annual writer's competition sponsored by the Writer's Guild Foundation, and holds numerous citations for her outstanding community accomplishments. She also produced and directed numerous stage plays that she authored. Eula's first published work was a poem when she was eight years old.Now retired, she writes feature articles for magazines, and local newspapers, has taaught drama and creative writing at the Acton, CA Community Club where she initiated and produced the first annual production of "A Little Night Music."Eula was a long time member of the Romance Writer's of America. The Antelope Valley Writers, The Acton Women's Club, The Acton Lions and Community Club, (ASQE) The American Society of Quality Engineers, and Women's Management Associations. She is currently active with the Antelope Vally Christian Writer's.Eula's interest in writing and drama has been her passion throughout her life. While she and husband James raised four children in the West San Fernando Valley in CA, she involved the entire family in her theater productions. 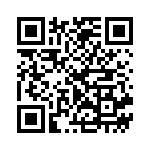