Another book that fits into my summer project of Reading Outside The Box, i.e. trying new authors and new genres via a cross-section of newly published work. In a very manageable 204 pages, Waterfield ... Lue koko arvostelu

Why Socrates died: dispelling the myths

Classicist Waterfield examines the trial and conviction of Socrates (c.470-399 B.C.E.) in the context of the fifth-century B.C.E. political upheavals in Athens that led to humiliating defeat by Sparta ... Lue koko arvostelu

Robin Waterfield, whose many translations include works by Plato, Plutarch, and Aristotle, currently resides on a farm in Greece. His career spans both academia and publishing. 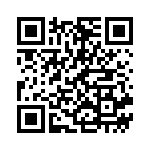