Sivu 98
'No one', wrote Eadmer, 'without his consent could acquire the kingdom.'1
Though it might well be argued that Henry, born in England and born of crowned
parents, was the more fitting successor, or that Robert, the eldest son, had a
better title ...
Sivu 170
He was, in fact, as Eadmer describes him, 'the chief agent of the king's will'.5 For
these services he was rewarded by preferment in the church: in 1o88 he was
given the abbey of Hyde at Winchester, RANNULF FLAMBARD 171 and just
before ...
Sivu 494
The Historia Novorum and the Vita Sancti Anselmi by Eadmer, a monk of Christ
Church, Canterbury, who became chaplain to Archbishop Anselm (ed. M. Rule,
1884), arc indispensable for the history of the church to 1122. The letters of
Anselm ... 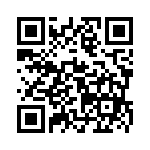