The author of the acclaimed biography Susan B. Anthony, KATHLEEN BARRY teaches in the Department of Human Development and Family Studies at Pennsylvania State University. 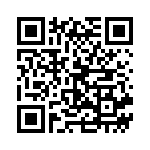