Sivu 5
This drama resembles a moral - play in the introduction of abstract impersonations , and a historical play in the adaptation of a portion of our national annals , with real characters , to the purposes of the stage .
Sivu 87
That he had chiefly employed his pen in the revival , alteration , and improvement of existing dramas we are strongly ... 11 ] and 22 ] , where it is shown that there was an old drama acted at Court in 1573 and 1582 , called “ The ...
Sivu 107
... ( a department of the drama to which Shakespeare had , perhaps , at that date especially , though not exclusively , devoted himself ) in his “ Colin Clout ” spoke of the “ high thought's invention , " which then filled Shakespeare's ... 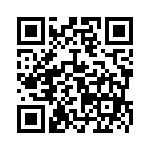