Sivu 18
This aspect of Sumner's syndrome is clearly more universal than the sanction of
killing outgroupers under conditions that ... Taboos on the conditions under which
enemy soldiers may be honorably killed show marked differences, as do ...
Sivu 276
"Were there lawless killings among the people of (local community)? Who killed
whom? Were the killer and killed related to each other? (Probe for tendencies for
it to be members of the same domestic group or neighborhood, landlord-tenant, ...
Sivu 279
performed by your people in which persons were killed, attacked, hurt, insulted,
or teased?" (Probe on funerals, weddings, birth or naming rites, initiations,
religious festivals, etc.) "How frequent were such ceremonies?" (The
ethnographer ... 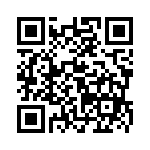