Dennis Kennedy's books include The Spectator and the Spectacle: Audiences in Modernity and Postmodernity, The Oxford Encyclopedia of Theatre and Performance, Looking at Shakespeare: A Visual History of Twentieth-Century Performance, Foreign Shakespeare, and Granville Barker and the Dream of Theatre. Shakespeare in Asia: Contemporary Performance is due late 2009 (edited with Yong Li Lan). He has twice been a fellow of the National Endowment for the Humanities in the USA, twice won the Freedley Award for theatre history, received the Chancellor's Distinguished Research Award at the University of Pittsburgh, the Berkeley Fellowship at Trinity College Dublin, and was elected to the Royal Irish Academy and Academia Europaea. His own plays have been performed in New York, London, and many other places, and he has frequently worked as a dramaturg and director in professional theatres. 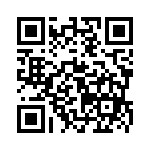