Sivu 267
I rather think that the Assyrian , hearing of the disaster which had overtaken his army encamped before Jerusalem , beat a hasty retreat , and can only have fought rearguard actions with the Egyptian troops .
Sivu 282
The deliverance of Jerusalem by Jehovah Himself is the goal to which the Isaianic prophecies at which we have been looking point . For this reason , instead of sticking to chronological order , I have thought it best to take the story ...
Sivu 294
It appears , then , beyond all doubt , that Jerusalem was the scene of the Great Deliverance . The prophecies of Isaiah , the historic records of the Old Testament , and the psalms of praise at which we have been looking , all point the ... 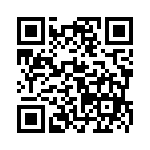