Sivu 396 - As he went along, upon a dreary night, the dim streets by which he went seemed all depositories of oppressive secrets. The deserted counting-houses, with their secrets of books and papers locked up in chests and safes ; the banking-houses, with their secrets of strong rooms and wells, the keys of which were in a very few secret pockets and a very few secret breasts ; the secrets of all the dispersed grinders in the vast mill...
Näkyy 57 teoksessa alkaen 1857-2008
Sivu 4 - I was forgetting the name itself. Why, she was called in the Institution, Harriet Beadle — an arbitrary name, of course. Now, Harriet we changed into Hattey, and then into Tatty, because, as practical people, we thought even a playful name might be a new thing to her, and might have a softening and affectionate kind of effect, don't you see? As to Beadle, that I needn't say was wholly out of the question. If there is anything that is not to be tolerated on any terms, anything that is a type of...
Näkyy 33 teoksessa alkaen 1856-2008
Lisää
Sivu 67 - ... correspondence on the part of the Circumlocution Office. This glorious establishment had been early in the field, when the one sublime principle involving the difficult art of governing a country, was first distinctly revealed to statesmen. It had been foremost to study that bright revelation, and to carry its shining influence through the whole of the official proceedings. Whatever was required to be done, the Circumlocution Office was beforehand with all the public Departments in the art of...
Näkyy 51 teoksessa alkaen 1803-2008
Sivu 283 - And Mrs. Gowan, who of course saw through her own threadbare blind perfectly, and who knew that Mrs. Merdle saw through it perfectly, and who knew that Society would see through it perfectly, came out of this form, notwithstanding, as she had gone into it, with immense complacency and gravity.
Näkyy 35 teoksessa alkaen 1856-2004
Sivu iii - Hindoos, Russians, Chinese, Spaniards, Portuguese, Englishmen, Frenchmen, Genoese, Neapolitans, Venetians, Greeks, Turks, descendants from all the builders of Babel, come to trade at Marseilles, sought the shade alike — taking refuge in any hiding-place from a sea too intensely blue to be looked at, and a sky of purple, set with one great flaming jewel of fire.
Näkyy 53 teoksessa alkaen 1856-2008
Sivu 567 - Verily, verily, travellers have seen many monstrous idols in many countries ; but, no human eyes have ever seen more daring, gross, and shocking images of the Divine nature, than we creatures of the dust make in our own likenesses, of our own bad passions. " When I forced him to give her up to me, by her name and place of abode...
Näkyy 32 teoksessa alkaen 1857-2004
Sivu 225 - As the fierce dark teaching of his childhood had never sunk into his heart, so the first article in his code of morals was, that he must begin in practical humility, with looking well to his feet on Earth, and that he could never mount on wings of words to Heaven. Duty on earth, restitution on earth, action on earth : these first, as the first steep steps upward.
Näkyy 34 teoksessa alkaen 1857-2003
Sivu 38 - I'll tell you this : I don't know that I have ever pursued it under such quiet circumstances, as here this day. Elsewhere, people are restless, worried, hurried about, anxious respecting one thing, anxious respecting another. Nothing of the kind here, sir. We have d•me all that — we know the worst of it ; we have got to the bottom, we can't fall, and what have we found ? Peace. That's the word for it. Peace.
Näkyy 26 teoksessa alkaen 1857-2004
Sivu 103 - This was an amazing little old woman, with a face like a staring wooden doll too cheap for expression, and a stiff yellow wig perched unevenly on the top of her head, as if the child who owned the doll had driven a tack through it anywhere, so that it only got fastened on. Another remarkable thing in this little old woman was, that the same child seemed to have damaged her face in two or three places with some blunt instrument in the nature of a spoon...
Näkyy 46 teoksessa alkaen 1856-2008
Sivu 13 - Miles of close wells and pits of houses, where the inhabitants gasped for air, stretched far away towards every point of the compass. Through the heart of the town a deadly sewer ebbed and flowed, in the place of a fine fresh river.
Näkyy 50 teoksessa alkaen 1856-2008
Vähemmän

Charles Dickens, perhaps the best British novelist of the Victorian era, was born in Portsmouth, Hampshire, England on February 7, 1812. His happy early childhood was interrupted when his father was sent to debtors' prison, and young Dickens had to go to work in a factory at age twelve. Later, he took jobs as an office boy and journalist before publishing essays and stories in the 1830s. His first novel, The Pickwick Papers, made him a famous and popular author at the age of twenty-five. Subsequent works were published serially in periodicals and cemented his reputation as a master of colorful characterization, and as a harsh critic of social evils and corrupt institutions. His many books include Oliver Twist, David Copperfield, Bleak House, Great Expectations, Little Dorrit, A Christmas Carol, and A Tale of Two Cities. Dickens married Catherine Hogarth in 1836, and the couple had nine children before separating in 1858 when he began a long affair with Ellen Ternan, a young actress. Despite the scandal, Dickens remained a public figure, appearing often to read his fiction. He died in 1870, leaving his final novel, The Mystery of Edwin Drood, unfinished. 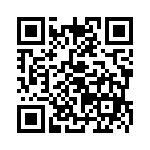