Sivu 177
That this has been a matter of policy is evident from a number of indicators:
Moscow has sought to "buy" the ethnic groups of the north by playing up to their
strong sense of ethnic pride and identification and encouraging the use of their
mother ...
Sivu 303
2 In 1918, a commission under Stalin's chairmanship reorganized the entire
administrative structure of Central Asia on a new cultural basis: Turkestan was
fragmented into various republics and areas, named for the majority ethnic
community ...
Sivu 525
The State, Religion, and Ethnic Politics: Afghanistan, Iran, and Pakistan.
Syracuse University Press, 1986: 390. Maps, tables of ethnic groups, topography,
etc. Papers given by a dozen scholars at a 1982 symposium, comparing
developments ... 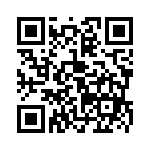