This might be the scariest book I have ever read. It was written in 1999... before the Twin Towers attack. Lifton warns us that Aum Shinrikyo would likely be the start... well, a further step in a ... Lue koko arvostelu

DESTROYING THE WORLD TO SAVE IT: Aum Shinrikyo, Apocalyptic Violence, and the New Global Terrorism

A study of the historical and psychological origins and meanings of the Japanese cult Aum Shinriky?, by the noted psychiatrist and author Lifton. On March 5, 1995, members of Aum, at the direction of ... Lue koko arvostelu

A distinguished professor of psychology and psychiatry at John Jay College and the Graduate Center of the City University of New York, Robert Jay Lifton is the author of many important works, including The Nazis' Doctors, winner of the Los Angeles Times Book Prize, and Death in Life, winner of the National Book Award. 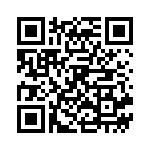