Unflinching and heartfelt, this book starts out as Diamond's impassioned crusade against the anti-science medical quacks. He died before he could finish it, and the second part of the book is a ... Lue koko arvostelu

John Diamond died on March 1st 2001. He was one of Britain's most prolific journalists, columnists and broadcasters, having worked for most of the national papers and presented numerous radio and television series. He was married to Nigella Lawson, with whom he had two children. 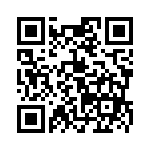