Sivu 21
Less evternal, indeed, but otherwise not much better are the well known dialectic
divisions of the dialogues which Diogenes likewise has prepared for us without
indicating the author of them, and according to which moreover the editions ...
Sivu 53
floats before him in his mind, and he subjects himself to strict conditions, which
according to the general view he might have avoided. But as by this very
extension, rhetoric, in the sense in which the word was hitherto used, is in a
manner ...
Sivu 432
It is not therefore my opinion that Philolaus, as, according to some authors quoted
in Simplicius, was the case with certain Pythagoreans, considered the central fire
as the formative power, situate in the centre of the earth, and nourishing it from ...

The son of a devout Reformed clergyman, Friedrich Schleiermacher was born at Breslau, studied theology at Halle, and was ordained in 1790. In 1796 he became a preacher in Berlin, where he came under the influence of Fichtean idealism through his close association with Friedrich Schlegel. Schleiermacher became famous through the publication of what is still his best-known work, On Religion: Speeches to Its Cultured Despisers (1799). In this he argued that religion is not a matter of theoretical knowledge (whether metaphysical or historical) but rather of the "feeling of absolute dependence" through which the individual self relates itself to the whole of existence. During the next decade he produced a series of works on religion and ethics, and a translation of Plato's dialogues. He held professorships in theology at Halle (1804--10) and Berlin (after 1810). Schleiermacher's greatest theological work was The Christian Faith (1821--22). His philosophical works are some of the best products of the romantic movement. His ethical theory is, broadly speaking, in the Kantian tradition but argues for a more flexible conception of ethical norms than Kant's, making allowances both for cultural diversity and for the idiosyncrasies of the individual personality. His religious thought is characterized by an emphasis on feeling and an attempt to show the affinity of religious with aesthetic feeling. His theology makes the person of the Redeemer central to Christian doctrine. Schleiermacher's theological writings not only emphasize the importance of pious feeling but also show great sensitivity to the empirical history of Christianity and rigorous scriptural scholarship. Through the latter, Schleiermacher made important original contributions to the theory of textual interpretation, and can be considered a forerunner of Dilthey in the "hermeneutic" tradition in philosophy. 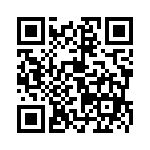