What this book clarified for me was that the distinction between beliefs (doctrine) and the way in which beliefs are communicated and practiced (style) is an extremely important distinction, and one ... Lue koko arvostelu

This book is an interesting read. While I though some of the editors comments were unnecessary. I was a little surprised how some of the contributors justified their view of the important aspects of ... Lue koko arvostelu

Robert Webber (1933 - 2007) was the William R. and Geraldyn B. Myers professor of ministry at Northern Seminary in Lombard, Illinois, and professor of theology emeritus at Wheaton College. A theologian known for his work on worship and the early church, Webber was founder and president of the Institute for Worship Studies, Orange Park, Florida.

John Burke and his wife, Kathy, founded Gateway Church in Austin, Texas, in 1998. Since then, Gateway has grown to over 3,000 people, 70 percent of whom are in their twenties and thirties, and consists mostly of unchurched people who began actively following Christ at Gateway. Burke is also the author of No Perfect People Allowed: Creating a Come-as-You-Are Culture in the Church.

Dan Kimball is the author of several books on leadership, church, and culture. He is on staff at Vintage Faith Church in Santa Cruz, California, and is a professor at George Fox University. He enjoys comic art, Ford Mustangs, and punk and rockabilly music. His passion is to see the church and Christians follow and represent Jesus in the world with love, intelligence, and creativity. His website and blog are at www.dankimball.com.

Doug Pagitt (BA Bethel College, MA Bethel Seminary) is pastor of Solomon's Porch in Minneapolis. He is part of the leadership of Emergent: a generative friendship among missional Christian leaders. Doug is married to Shelley and they are parents of four children, and is author of Preaching Re-Imagined, Church Re-Imagined, and BodyPrayer.

Mark Driscoll is an American pastor and author. He is the founder and preaching pastor of Mars Hill Church in Seattle, Washington. He was born in Grand Forks, North Dakota, and was raised as a Roman Catholic. He earned a Bachelor's degree in communications from Washington State University with a minor in philosophy and also has a Master of Arts degree in exegetical theology from Western Seminary. He has written books about the Old Testament, the New Testament, and others entitled, Vintage Church: Timeless Truths and Timely Methods, On Church Leadership, On Who is God, and The Relevant Church: A New Vision For Communities of Faith. 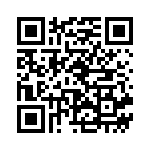