Sivu 66
But I've heard of it ; and I have often wanted to go there . ' He knew the wood she spoke of ; that is , he had often passed below it , had heard it murmuring aloofly to itself , had seen the long shadow it stretched down to the road .
Sivu 224
At ten o'clock on the morning of March 2 , Edward Hansen , the radio operator , who was reading a magazine in the wireless shack with the receivers over his ears , heard an SOS . It came from the Grontoft , which reported its position ...
Sivu 425
She heard his question : ' What's up ? ' She heard Nicholas put the situation pithily before him . He made no audible comment , but she could picture his expression , how the rust - red eyebrows would fly up , the brown eyes blaze . 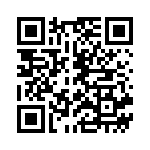