Sivu 67
Engraving was in existence before printing from movable types had been invented . ... early as the eighth century , and the Chinese block books , which undoubtedly preceded the Japanese prints , were themselves practically engravings .
Sivu 70
If desired , a degree of shading , roughly resembling halftone , can be given a line cut by the " Ben Day process , ” named for the New York engraver who invented it . This consists in running a roller with raised and depressed portions ...
Sivu 304
the margin as guides to the engraver . Where pictures , especially etchings , are so valuable that they must not be marked , it is usually easy to make a tissue paper overlay , or tracing , with the cropping clearly marked on it . 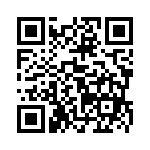