Erik Tawaststjerna (1916-93) devoted a lifetime to the study of Sibelius, and came to know him personally. After Sibelius's death in l957 he was given unrestricted access to the composer's papers. Tawaststjerna's three-volume study of Sibelius was awarded the prestigious Finlandia Prize and has been hailed as definitive. 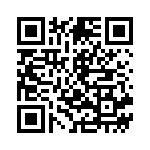