Sivu 275
CHAPTER XI DRAMA THE criticism of drama resembles in many respects the
criticism of fiction . It must concern itself in both cases with the plot , the setting ,
the characters , and the style . “ But there is , at the same time , the fundamental ...
Sivu 276
4 Mr . William Archer takes exception to this statement of dramatic law , saying ,
Conflict is one of the most dramatic elements in life , and . . . many dramas
perhaps most - do , as a matter of fact , turn upon strife of one sort or another . But
it is ...
Sivu 282
There is a difference between what is known as closet drama , drama intended
only to be read , and plays designed for oral presentation . Shelley ' s Cenci has
qualities other than those of his Prometheus Unbound . Closet drama may well
be ... 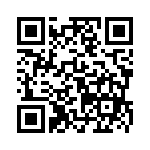