John Mbiti was born in Kitui, Kenya, and received his education in Africa and abroad. Trained as an Anglican priest, he went on to be both professor and parish minister in Switzerland, where he later settled. As a philosopher and Christian theologian, Mbiti became one of the early African authorities on African religions. Using his philosophical skills, he focuses on deriving a representation of a coherent philosophical worldview from the indigenous traditions. One of his projects, for example, has been to articulate a view of temporality in indigenous African thought different from that of the modern West. Mbiti's goal, however, has not been simply to develop ethnophilosophical analyses. Concerned with the future of Africa, he has argued that certain traditional African values should be preserved, but also---for the sake of modernization and reform---that other values (based often in Christianity) should be assimilated into the culture. This latter orientation has made him the subject of some controversy among other African philosophers. 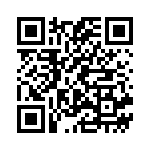