Joseph Paul Forgas is Scientia Professor of Psychology at the University of New South Wales, Sydney. He received his D.Phil. degree from the University of Oxford, and a D.Sc degree also from Oxford. His research investigates affective influences on social cognition, motivation and behavior. He has published 26 books and over 200 journal articles and book chapters. In recognition of his scientific contribution, he received the Order of Australia in 2012, as well as the APS’s Distinguished Scientific contribution Award, the Humboldt Research Prize, a Rockefeller Fellowship and is Fellow of the Academy of Social Sciences in Australia, the Association for Psychological Science, Society of Personality and Social Psychology and the Hungarian Academy of Sciences.

is the Oskamp Professor of Psychology at Claremont Graduate University, where he has taught sincer 1998. Previously, he was Professor and Chair of the Department of Communication at the University of Arizona, and also served as Professor on the faculties of Michigan State University and Texas A&M University. He also has served as liaison scientist for the U.S. Office of Naval Research (London), as NATO Senior Scientist at the University of Southampton (UK), and as a Fulbright Senior Scholar at the Universidade Rio Grande do Sul (Brazil). His basic research has been focused on the development of models of attitude development and attitude change, which he has used in his applied research on drug prevention in adolescents. He has published 18 books, and more than 200 papers and book chapters. His recent books include Warring with Words (with Hanne and Mio), and the third edition of Principles and Methods of Social Research (with Brewer and Lac).

is a Professor of social psychology at the University of Heidelberg. He is a Fellow of the Association of Psychological Science and of the Society for Personality and Social Psychology, a member of the German National Academies of Science Leopoldina, and he has received several prestigious awards, such as the Leibniz-Award and a generous personal grant in the Reinhard-Koselleck program of the Deutsche Forschungsgemeinschaft. Klaus Fiedler has been an Executive-Board member of the European Association of Social Psychology. He published various monographs and edited volumes in his major areas of research: language and social cognition, judgment and decision making, stereotyping, and on the interplay of cognitive and ecological processes. Klaus Fiedler has served as an Editorial Board member of various international journals, as an Associate Editor of several journals including Psychological Review and Journal of Experimental Social Psychology. Currently, he is an Associate Editor of the Journal of Experimental Psychology: General. 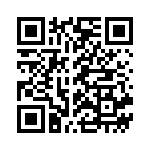