Sivu xi
It was difficult to get women's issues through in parliament, even though the
women's movement was broad and active and women MPs from different parties
collaborated. Personally, I felt that I was constantly pushed to be either a woman
or a ...
Sivu xiii
Back to research A generation after Mexico City in 1975, women made up only
15 per cent in parliaments around the world and even less ... Was the women's
movement scoring a striking success for once – or was something else
happening?
Sivu 3
Particularly within the framework of the UN, the governments of the world
engaged in international, regional and national processes to promote equality
between women and men, and a global women's movement gradually grew in
strength.
Sivu 13
But she did not express a special interest in women's issues or women as a
target group (Seneviratne, 1975: 179; Rupesinghe, 2008). She did not come to
power as the result of an active women's movement, and it is unclear how much
impact ...
Sivu 20
Feroze sought the company of other women, and relatives and governesses
helped take care of the children. In 1952, both Nehru and ... An early women's
movement demanded political rights and achieved limited suffrage for women in
1935.
Seuraava »

Torild Skard is a senior researcher in women’s studies at the Norwegian Institute of International Affairs in Oslo, specialising in women in politics. A pioneer in the women’s movement nationally and internationally, she was formerly an MP and the first woman president of the Norwegian Upper House. She has also been director for the Status of Women in UNESCO Paris, regional director in UNICEF West and Central Africa and director general in the Norwegian Ministry of Foreign Affairs. She has written numerous books and articles on women’s issues, particularly women in politics, and travels widely, studying and promoting the status of women. 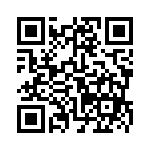