Andrea A. Lunsford is the Louise Hewlett Nixon Professor of English and Director of the Program in Writing and Rhetoric at Stanford University and a member of the faculty of The Bread Loaf Graduate School of English. She has designed and taught undergraduate and graduate courses in writing history and theory, rhetoric, literacy studies, and intellectual property and is the author or co-author of many books and articles, including The Everyday Writer; Essays on Classical Rhetoric and Modern Discourse; Singular Texts/Plural Authors: Perspectives on Collaborative Writing; Reclaiming Rhetorica: Women in the History of Rhetoric, Everything’s an Argument, Exploring Borderlands: Composition and Postcolonial Studies and Writing Matters: Rhetoric in Public and Private Lives.

Kirt Wilson’s research moves from African American to presidential rhetoric and from the history of rhetoric to the rhetoric of history. A graduate of Northwestern University, he is currently an Associate Professor and the Director of Graduate Studies for the University of Minnesota’s Communication Studies Department. He has won numerous awards from the National Communication Association including the New Investigator Award (2001) and the Karl R. Wallace Memorial Award (2002). His book The Reconstruction Desegregation Debate (2002) published by Michigan State Press won NCA’s Winans-Wichelns Memorial Award (2003) and the Marie Hochmuth Nichols Award (2003). In 2004, the University of Minnesota honored professor Wilson with the prestigious McKnight Presidential Fellowship, an honor extended to only three to four tenured associate faculty each year. Kirt Wilson teaches graduate courses on U.S. public discourse, textual criticism and methods, African American civil rights rhetoric, and theories of race, culture, and public memory. Currently, he is working on two book projects. The first investigates the intellectual and conceptual history of “mimesis” or imitation in the nineteenth century and the second is a study of the sentimental aesthetic in contemporary commemorations of the civil rights movement.

Rosa A. Eberly, Associate Professor of Rhetoric in the departments of Communication Arts and Sciences and English and Fellow of the Laboratory for Public Scholarship and Democracy at Penn State, is author of CITIZEN CRITICS: LITERARY PUBLIC SPHERES, co-author of THE ELEMENTS OF REASONING (2d ed), and co-editor of A LABORATORY FOR PUBLIC SCHOLARSHIP AND DEMOCRACY, as well as articles on classrooms as protopublic spaces, rhetoric and democracy, and the place of rhetoric in higher education. Before returning to her almissima mater in 2002, Eberly was Associate Professor and Director of the Writing Center at The University of Texas at Austin and affiliated faculty of the Annette Strauss Institute for Civic Participation and the program in Technology, Literacy, and Culture. A first-generation college graduate, she is grateful for the many transformative teachers and students who have blessed her life. 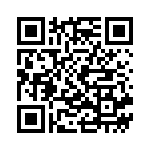