Sivu 513
Some few among the many have in them a something that is an impulse , an urge , an inspiration , a passion , to go farther than the negative state of being , the impermanent state , that is the average human state in this Here and Now .
Sivu 672
Rightly or wrongly , we fear that the individual , considered not as a producer or as a consumer , but as a human being , may appear in the long run to be the loser . ' It may be possible , merely as a mental exercise , to consider the ...
Sivu 716
They would have the world grow smaller and smaller , all of its empty spaces teeming with ant - like humanity - ant ... them with such devotion that they teach them new and subtle ways to increase their dominion over the human race . 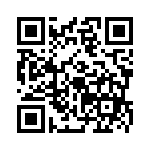