Sivu 110
On the 30th January , complaint was made to the House of Lords “ of a scandalous pamphlet entitled the Parliament Scout , wherein is a great defamation of the Honour of the Lord General , " and in consequence it was " ordered that the ...
Sivu 115
Upon reading Dillingham's petition the House of Lords decided in his favour , and it was “ ordered that the licenser , Mr. Mabbott , shall license the petitioner's book for time to come , and none other by that name .
Sivu 261
And , by a singularly grotesque provision , the age of eligibility for the Senate , as for the House of Representatives , was fixed at 21 . By these arrangements a constitution was framed which , though bi - cameral in form , was uni ... 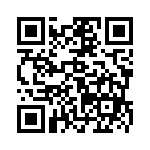