Sivu 1564
One year later, John Amagoalik, one of the key proponents of the Nunavut Land
Claims Agreement and a columnist for the Iqaluit-based weekly Nunatsiaq News,
wrote: “The new government has been like a hunter on the floe edge, cautious ...
Sivu 1865
But fearing that sooner or later the Russian ship would come to collect them, and
they would have to undergo punishment as deserters, they, together with their
families, went south and settled on Prince of Wales Island. Thirty-five years later,
...
Sivu 1910
In 1885, he was allowed to settle down in Aldan and, later, in the region of Namsk
. From 1892 until 1894, he lived in Irkutsk, and from 1894 until 1896—in St
Petersburg. In 1898, he came back to Warsaw, but two years later he was
arrested by ... 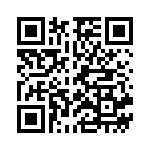