Sivu 22
He did bunal of Heaven , in excuse for not make the world , and then their evil conduct , but will unite leave it to the government of with the Judge in passing senchance ; neither did he create tence against themselves . man , and then ...
Sivu 52
... A judge in his decisions , may them , from the love of benevo- | be free from every shadow of a lence ; yet benevolence , as a selfish bias . Yet as the judge himgeneral term , includes all the self , forms one of the communirest .
Sivu 53
The judge by an equit- ity will be made dependent on able , and impartial administra- the creature for his infinite holition of justice , and from princi- | ness . Which assertion , would ples stricly disinterested , lawful . 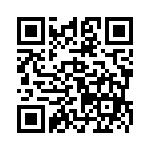