Sivu 7
... the dull mind of man to the refully called and authorized thereunto .
meinbrance of his duty to God , by And whereas in this our time , the some
notable and special signification , minds of men are so diverse , that whereby he
might be edified .
Sivu 89
... I know him not , are called might receive the I shall be a liar like untó promise of
eternal inherit- you ; but I know him , and keep his saying . Your faThe Gospel . St
. John viji . 46 . ther Abraham rejoiced to see ESUS said , Which of you my day ...
Sivu 109
And that is called the Pavement , Pilate saith unto them , Be- but in the Hebrew ,
Gabbahold the man ! When the tha . And it was the prepachief priests therefore
and ration of the passover , and officers saw him , they cried about the sixth hour
...
Sivu 147
And body , and one Spirit , even as when the Lord saw her , he ye are called in
one hope of had compassion on her , and your calling ; one Lord , one said unto
her , Weep not faith , one baptism , one God And he came and touched and ...
Sivu 160
Then the Lord said unto him , Arise , was Saul certain days with and go into the
street which the disciples which were at is called Straight , and enquire
Damascus . And straightway in the house of Judas for one he preached Christ in
the called ...
Seuraava »

Kindle Edition: Not quite as easy to use as I had hoped. Looking for a specific prayer in the Table of Contents proved to be somewhat difficult and time-consuming. True pagination absent: page search ... Lue koko arvostelu

Yet another version of the BCP, this one the first I ever got. It was a gift upon my Confirmation from my Mom...it's teeny-tiny, but very useful for traveling. Lue koko arvostelu 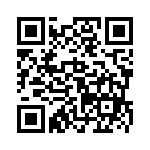