Sivu xiv
Very few men, indeed, have achieved great things in such different kinds of
excellence. In Parliament he had too much wisdom, too much selfrespect, too
much respect for his auditory (an auditory just in the main but severe, sometimes
...
Sivu 10
“Macaulay's style, like other original things, has already produced a school of
imitators. Its influence may distinctly be traced both in the periodical and daily
literature of the day. Its great characteristic is the shortness of the sentences, –
which ...
Sivu 19
From one quarter only — and that a quarter of which we expected, and which
perhaps wished for itself, better things — has the melancholy wailing of
disappointed jealousy been heard. The public naturally looked with interest for
the ...
Sivu 26
&c., many of which he repeated as glibly as I could in my boyhood. He certainly
obeys most wonderfully Eloisa's injunction, “Do all things but forget.”—Diary,
March 18th, 1842: Memoirs, &c., vii. 314, 315. But perhaps no one of these
interviews ...
Sivu 33
Immense things were expected of him when he appeared in the House; he was
to be another Burke, and, indeed, he took a part in the debates in favor of Reform
and the Grey Ministry second only to the more spontaneous efforts of Lord Derby
...
Seuraava » 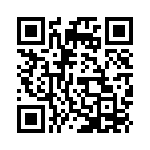